The final budget estimates hearings of 2013 were the first held under the Abbott Government, and they didn’t disappoint. Newly minted coalition ministers were islands of smug impenetrability amidst shoals of nervy public servants orienting themselves to the Darwinian new world order. Even as our new Prime Minister was bending his unique style of wooden intransigence to crashing Australia’s relationship with Indonesia, more subtle elements of this new government’s character were on display in five windowless committee rooms on Capital Hill.

Over the course of five fourteen hour days, the Senate’s eight standing committees cut a ragged wake across the Commonwealth bureaucracy. The video snippets below map the pending evisceration of climate policy, the formal abandonment of housing affordability goals and the purposeless end to commonwealth funding for urban public transport, our secret war in Afghanistan and some crude but fascinating sketches of the vast, invisible flowering of the global surveillance state.

It would be quite wrong to say that estimates is never dull. But the unexpected discoveries, the humour and occasional moments of grace more than make up for the long hours of trivia and bloody-minded obstruction.

One pleasant surprise, worth noting in passing: the coalition Senators chairing these committees acquitted themselves for the most part with fairness and impartiality, running a much tighter ship than I’ve been accustomed to.

Welcome back, #estimates. We missed you. 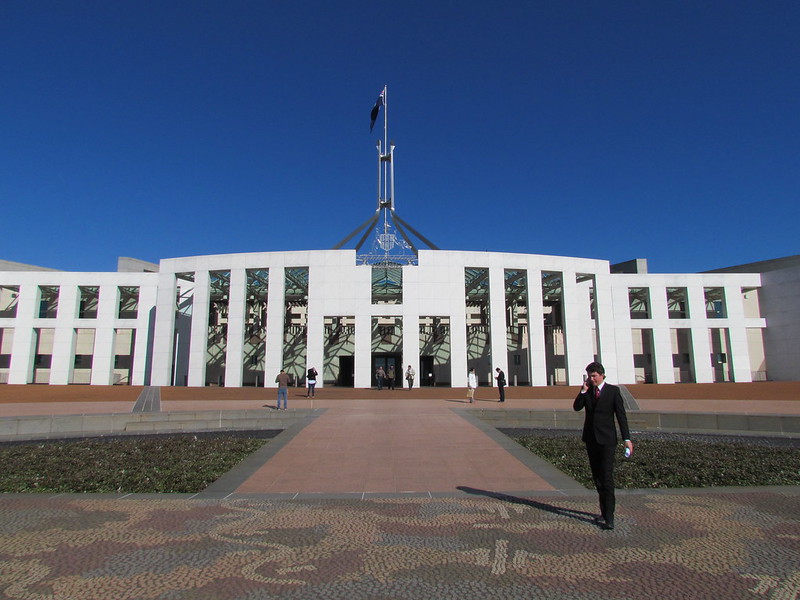 Let’s start close to home: if you care about protecting the unique natural heritage of Point Peron, this session was instructive and extremely worrying.

Further north, we’re at crawling pace in our quest have the ice age magnificence of  Murujuga, the Burrup Peninsula listed as a world heritage precinct. Our Queensland colleague Senator Larissa Waters pulled some valuable information out of the Bureau of Meteorology on how industrial pollution is mapped as rainfall over communities neighbouring the Burrup.

Then take a deep breath and explore the yawning vacuum formally known as affordable housing and homelessness policy. It’s gone like it was never there: the National Housing Supply Council,  the Major Cities Unit, any sense of cohesive infrastructure and city planning, all gone. Commonwealth public transport funding has been firmly rejected in favour of policy incoherence and car dependence.

The Abbott Government has clearly decided that the best defence against global warming is to pretend it just doesn’t exist, which makes this defiant testimony by the Chairwoman and CEO of the Clean Energy Finance Corporation all the more remarkable.

Communications policy frequently turns up the most memorable sessions, and November 2013 delivered: the Department for Parliamentary Services admitted that Parliament has probably taken no action to close software backdoors in its own systems installed at the behest of the US NSA.

The Office of the Information Commissioner didn’t have too much to say about the industrial-scale privacy invasions spilling onto the front page of the world’s newspapers, but the Australian Federal Police took questions on surveillance and enforcing whole new categories of crimes under the Trans Pacific Partnership. The Attorney General’s Department always manifests a statistically anomalous prevalence of bowties and no longer publishes FOI requests on its website, for the purposes of fairness and equity, so they say.

ASIO was asked about its collaboration with foreign intelligence agencies and whether or not its own daggy powerpoint slides are buried somewhere in Edward Snowden’s vast cache awaiting publication. On the other side of the TV screen, the ABC’s Mark Scott gave a good account of the reasons why Aunty went ahead and published details of the DSD’s Indonesian phone hacking scandal, despite shrieks of treason from Murdoch culture warriors suddenly selective in their application of the principles of press freedom.

Meanwhile the Inspector General of Intelligence and Security (IGIS) got six minutes to describe how she oversees the sprawling infrastructure of state surveillance and espionage. Make of it what you will.

The Department of Communications took questions on the almost supernatural way in which the telecommunications industry was able to predict the makeup of NBNCo’s new board before the election had even happened. One late night highlight was NBNCo’s urbane new chief Dr. Zigmud Switkowski, putting a brave face on the #fraudband debacle and doing an impressive job of defending the indefensible.

Leaving the endless intrigues of communications policy for the open skies of the outback, Toro’s desperate attempt to expand the scope of the doomed Wiluna uranium project got a look-in, as did the Federal Government’s first move in a process of divesting itself of responsibility for regulating this most dangerous of industries. We’re left to wonder what the Commonweath Environment Minister will actually do with himself once he’s fobbed off his responsibilities to the States.

The Supervising Scientist brought bad news from the north; another near miss at the accident-plagued Ranger uranium mine in Kakadu. There is room for a glimmer of optimism as the radioactive waste endgame plays out at Muckaty Station in the NT, for reasons you might not have predicted.

As our deployment in Afghanistan slips from the front pages, remember we’re still at war. While Australia’s long overdue departure from the wilds of Uruzgan and Kandahar is now well under way, a new deployment is building under our noses as US troops and hardware gradually increase their footprint in the Top End.

Half a world away in Burma, a hard-line military dictatorship wears democracy’s clothes:  I asked whether the new government will reverse the mistake of the previous government in defunding the Mae Tao health clinic in Mae Sot, which provided health services to 148, 561 patients last year.

That was a glimpse of the #estimates that was: join us again in February 2014, and remember that we’re here on your behalf: if there’s something you want asked, that’s all part of the process.