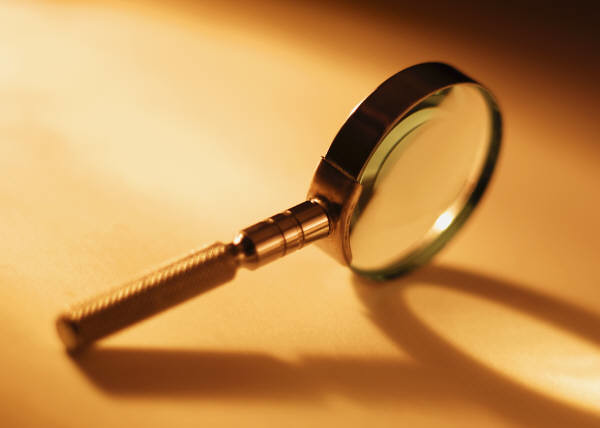 I've written before (here, and here) on the tri-annual festival of fascination, infuriation and gnawing boredom known as Senate Budget Estimates.

The whole commonwealth budget is sieved through eight committees - all $338 billion of it - three times a year, corresponding roughly with different points in the budget cycle, to work out what happened to the $290 odd billion worth of taxes you sent to Canberra last year. When this process is functioning well, it's an incisive and vital component of our parliamentary machinery. Having senior Commonwealth bureaucrats called on to justify budget expenditure, from postage stamps to submarines, is an essential ritual without which much of our budget would be completely opaque.

Of course, when people are behaving badly, it makes you want to gnaw your own face off.

The following transcripts are the usual mix of obfuscation and insight across a wide range of portfolio areas. Feel free to send ideas for questions or lines of inquiry for the February session; in the meantime, there's should be something from the selection below to intrigue even the most jaded wonk. Happy #estimates.

Useful details were revealed about the National Broadband Network roll out including costs and technology options. The stalled internet filter rated a mention, while the more immediate issues of funding and resources for cyber safety were also raised with the AFP.

We dug into the costs and benefits of advertising on SBS, while digital television transmission to remote communities was also discussed.

We got an update on the Governments' election commitment to evaluate a bullet train corridor on the east coast and had confirmation that the federal government does nothing for active transport such as cycling, unless the Greens demand it during negotiations over stimulus packages.

I try and make a habit of asking transport and infrastructure planners about their continual refusal to engage with the issue of peak oil and Australia's growing oil import bill. The transparency and performance of Infrastructure Australia was raised in this context, along with the admission that we're still sleepwalking into the age of high oil prices.

The PM's decision not to have a Housing Minister spelled instant frustration, as significant housing issues have been splattered across three ministers and multiple portfolios. We had a useful exchange on homelessness, rental affordability and stimulus spending on housing nonetheless.

Questions put to the Office of the Supervising Scientist (OSS) revealed details about the promised installation of real time public water monitoring downstream from the Ranger uranium mine - a genuine win in the context of continued seeping contamination from the mine.

A website will soon make information available about the clean up of the toxic legacy at Rum Jungle Uranium Mine - a taxpayer funded liability nearly 40 years after mine closure. The need for monitoring the health impacts of uranium mining was discussed at length with health officials, a crucial issue given uranium is set to be the asbestos of the 21st century.

Questions regarding the approaching end of Ziggy Switkowski's term as chairman of ANSTO later proved to be timely, when it was announced that he would not stay on as Chairman ANSTO - something of a relief for everyone.  Further details of the proposed nuclear waste dump at Muckaty were revealed, just as the Federal Court asked all parties to go into mediation. We covered the latest installation of radioactive thrills and spills at ANSTO's isotope plant in Sydney.

The tragic legacy of the Maralinga nuclear tests were raised with the Department of Defence , who also revealed their somewhat bizarre practise of escorting wild marine life from harms way during the Talisman Saber war games with the US off the Queensland Coast.

The forthcoming Burmese elections were raised, in which DFAT conceded that "the system is clearly designed to legitimise military rule", and Australia's agricultural assistance to Burma was also discussed.

Other international and human rights issues, such as child health in PNG, Australia's commitment to the Millennium Development Goals and the Australia-China human rights dialogue, which was unexpectedly postponed at the last minute, were also investigated. As was the responsibility of Australian mining companies overseas, the ADF training the controversial Indonesian military unit ‘Detachment 88', the investigation of suspected war criminals in Australia, and the progress of the Bill on the convention on cluster munitions and the protection of Australian Citizens extradited overseas.

After a lot of time wasting in the Environment Communications and Arts Committee and only 11 seconds left on the clock, a quick update was received on the world heritage listing of Ningaloo Reef, the Kimberley National Heritage application and the status of the Burrup Peninsular national heritage listing.

And so, with a severe lack of sleep and over-indulgence in bad food and coffee, another estimates session was over. With the 'new paradigm' in play, perhaps we will also see some reform to make the Estimates processes work better. But until then, I will continue to be a thorn in the side of government for the sake of accountability and transparency.

Systemic racism is the problem: Greens