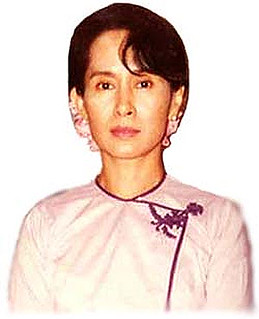 Under questioning by Greens Senator Scott Ludlam in the Senate, the Government has revealed for the first time that it was actively working with other countries to impose a global arms embargo on Burma through the UN Security Council.

Senator Ludlam called on the Australian Government to do more than just express concern regarding the deterioration of democracy in Burma and the continued incarceration Daw Aung San Suu Kyi.

He raised the following issues with the Australian Government:
- increase trade sanctions with Burma;
- implement a universal arms embargo;
- call for a UN Inquiry into war crimes committed in Burma; and
- support the call for IAEA inspections to assess Burma's documented clandestine nuclear programme.

To contact the Minister for Foreign Affairs Mt Stephen Smith to directly express your support for Aung San Suu Kyi and Burmese democratic aspirations, contact via one of the following:

See the media statement, the take note speech and the motion passed by the Senate.

Attached is the statement from the group Australian Parliamentarians for Democracy in Burma, for which Senator Ludlam is a Co-Convenor.

Systemic racism is the problem: Greens